In the callgraph the concept of folded nodes are calls to functions that have almost the same execution time than their parent, that means they take up a huge amount of the time of their parent function call. Previously the callgraph showed a barely visible +1, +2 or +n behind the function name to indicate that nodes have been folded into the parent. This was hard to understand, because the reason for number was not explained in the UI.

We have redesigned the rendering of callgraphs to show an extra node with text “n folded calls (click to expand)”. This hopefully makes it much clearer what is happening in our rendering and how you can interact with it. See a screenshot of the new folded nodes in action. 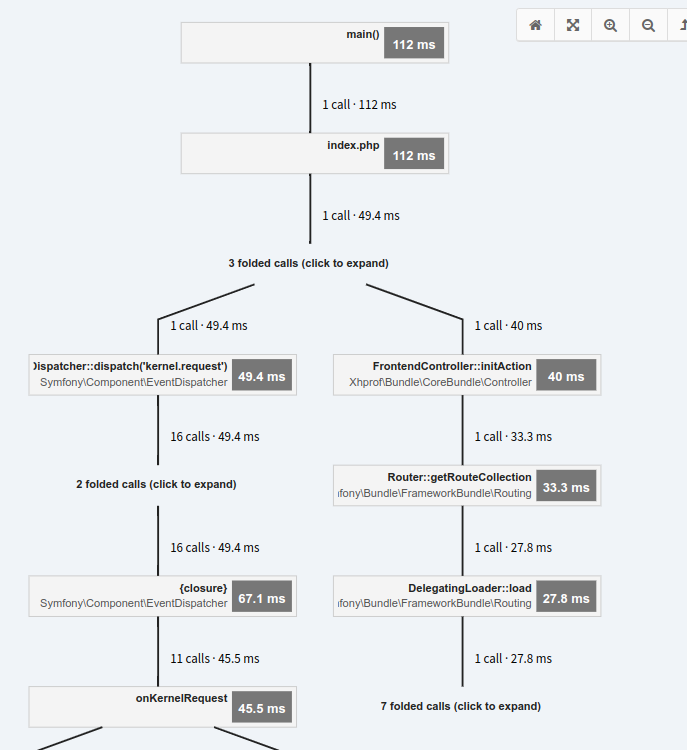