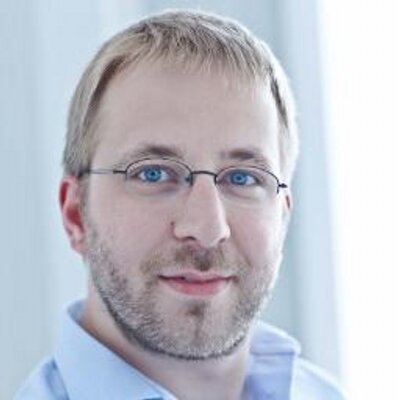 Since PHP 5.5 the Opcache extension is part of the core and adds support for byte-code caching of PHP scripts. For a dynamic language such as PHP, a byte-code cache can increase the performance significantly, because it guarantees a script is compiled only once.

The default settings of the Opcache extension already boost PHP performance by a large amount, but you can tinker with the configuration settings to get even more out of it.

A Word of Warning: This post repeatedly mentions monitoring stats with opcache_get_status(false). Because Opcache uses a unique pool of shared memory for every SAPI, you cannot access the webservers statistics from the console. The call has to be made through Apache or PHP-FPM.

Avoid Destructive Caching Behavior When Memory is Too Small

Opcache uses 64 MB of RAM to save the compiled PHP scripts by default and up to 3907 php scripts. This sounds more than enough to store your PHP application scripts, but there are caveats:

When Opcache is "full" under some circumstances it will wipe all cache entries and start over from an empty cache. When this happens and your server gets large amounts of traffic, this can cause a thundering herd problem or cache slam: lots of requests simoultaneously generating the same cache entries.

You absolutely want to avoid Opcache to restart with an empty cache.

The algorithm that detects whether opcache is "full" is depends on an unintuitive interaction between three different INI settings and is currently not documented. It helped to dig through the C code to understand it.

The three relevant ini variables are defined as follows:

Opcache works on a first-come, first-serve basis for the cache and does not use an eviction strategy such as Least Recently Used (LRU).

Whenever maximum memory consumption or maximum accelerated files is reached Opcache attempts to restart the cache. However if the wasted memory inside opcache does not exceed the max_wasted_percentage, opcache will not restart and every uncached script will be re-compiled every request as if there was no opcache extension available.

This means you absolutely want to avoid Opcache to be full.

To find the right configuration you should monitor the output of opcache_get_status(false) which you can use to check for the memory, waste and number of used cache keys:

To find a good value for opcache.max_accelerated_files you can use this Bash one-liner to get the number of PHP files in your project:

Make sure to account for code-generated and cache files or multiple applications running inside the same FPM worker pool.

With the default settings, whenever a PHP file is executed (for example through include or require) Opcache checks the last time it was modified on disk. Then it compares this time with the last time it cached the compilation of that script. When the file was modified after being cached, the compile cache for the script will be regenerated.

This validation is not necessary in production, when you know the files never change. To disable timestamp validation add the following line to your php.ini:

With this configuration you have to make sure that during a deployment, all the caches get invalidated. There are several ways to ensure this happens:

Careful with the last two approaches, with them available Opcache memory is "full" very fast. See the previous section for more information on how memory configuration works.

For both cases you might need a maintenance script that calls opcache_invalidate($file, true) on all scripts in old deployments or opcache_reset() directly. Otherwise old deployments crowd out the cache for new ones and you might end up with a full cache and an unaccelerated application.

WARNING: Changing this option is known to cause segfaults under yet to be determined conditions. See the issue #146 on the Opcache repository for more information. We have therefore removed this as a hint.

Opcache can hook into the request shutdown and employ a different mechanism to shutdown allocated memory using opcache.fast_shutdown=1.

This is supposedly faster, but neither the documentation nor the C code allow me to make a good judgment about this claim. This just means that you should test the impact of this change on your application yourself.

If you combine all the results you get the following php.ini configuration for opcache in production:

Comparing PHP Performance before and after Opcache Configuration Optimizations

We also tested the Opcache configuration on the Profiler itself. In this case the cache was not already full, but timestamp validation was enabled.

Comparing PHP Performance before and after Opcache Configuration Optimizations

With 180.000 requests compared before and after the release we can be very certain that the improvement of roughly 2ms can be attributed to the disabled timestamp validation.

Even though Opcache already provides a signifcant boost in PHP performance, you can still improve on it. This blog post expands on the small information available in the php documentation on opcache_get_status and the opcache configuration.