It’s a fact of modern software development that aspects of our applications interact with third-party APIs. This could be for any number of reasons, with some common ones being payment processing, telecommunications, logging, and data analysis.

So, since our applications rely upon third-party APIs so much, we need to ensure that we integrate with them as effectively — and defensively — as we can. Otherwise, when the APIs break, so too will our application — and its reputation with our users.

To help avoid a loss of reputation, I’m going to cover five ways in which you can integrate with third-party APIs and ensure a minimum of downtime and stress. 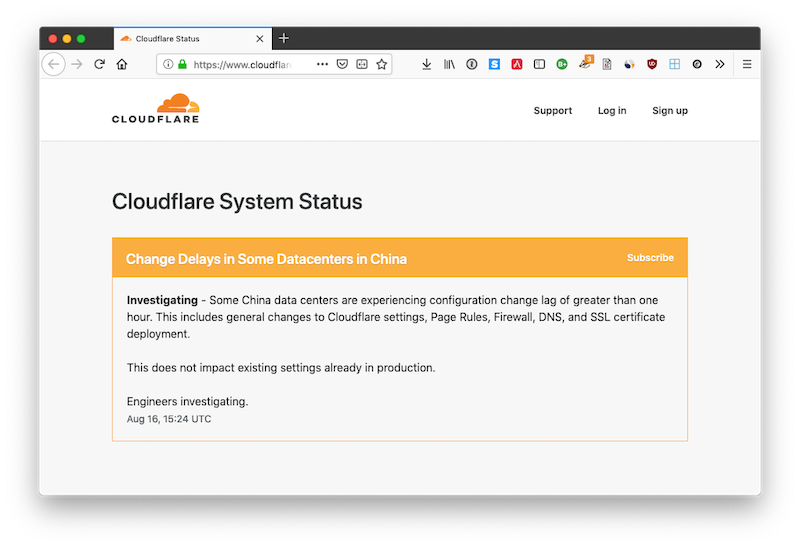 Let’s start with monitoring. Even though third-party APIs aren’t part of your infrastructure, you still have to know whether they’re working or not. This is especially important when you consider that some of the most notable internet platforms have had outages in recent years.

Here are some of the most notable:

A number of the more well-known ones are:

Alternatively, several third-party APIs provide a status endpoint, such as the one below from Cloudflare, which are easy enough to integrate against. They may offer SDKs which make the process relatively trivial. Alternatively, you could roll a homegrown solution, such as the one-liner below, which checks if Cloudflare is currently online, using Selenium with Python.

Most APIs — especially when using guest accounts or introductory free tiers — limit the number of requests, by using rate limits. Rate limits restrict clients’ ability to make more than a fixed number of requests to an API within a given time frame.

There are many reasons why APIs implement rate-limiting. One of the most common is to avoid a malicious script hogging all of an APIs resources.

There are several ways in which APIs communicate this information. Using Git Hub’s API as our working example; the API sends three response headers, these are:

Here’s an example, taken from their API documentation:

From this information, you can see that:

Ensure that this information is used in your application’s integration code, to respond appropriately when the rate limit draws near and when it is exceeded.

Applications should also check if servers are overwhelmed by checking a response’s HTTP status code. If an HTTP 429 (Too Many Requests) is returned, you know that the server’s under high load and can’t currently respond.

For an amusing introduction to rate limiting, check out What is API Rate Limiting All About?.

Alternatively, a third approach is to implement retries. In short, retries attempt to complete a failed API request a set number of times within a set interval.

If one of the requests completes successfully, then the job is removed. If not, then the failed request is logged for later analysis. Retries could likely be handled by a combination of a queueing server and a background process.

If rate limits are regularly being exceeded, it may be time to either revisit your application’s architecture or to consider increasing your rate plan. That said, use monitoring to stay abreast of request volume and rate limit overruns.

It should go without saying, but tests are essential for code that integrates against third-party APIs, as well as everything else. I was all too glad that I had them in place some years ago when I was integrating against a third-party API.

While the vendor’s documentation was, for the most part, quite good, the stability of the API wasn’t! As a result, requests to the vendor’s API would intermittently fail. By having tests in place, however, along with the code under version control, we could verify that our code:

Knowing this was particularly important. This was because the vendor’s first resort was often to say that there must be some mistake or change in our code because the relevant section of their API had not changed. Having tests showed me that our code was unchanged and gave me the confidence to pursue the fact that a recent release on their end was responsible for the outage. 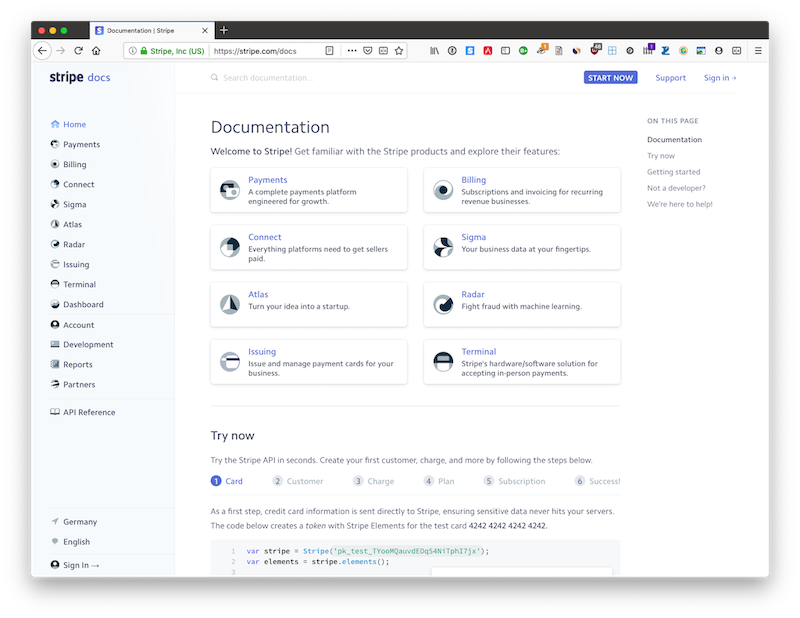 A well-written API has well written and feature-complete documentation, containing the details of, but not limited to:

In addition to this, the API documentation is laid out in a well-structured, intuitive, and easy-to-read format. An excellent example of this is Stripe’s API documentation. I’ve used it on several occasions and have found it to be a great example.

Assuming that the API documentation is updated with each API release, you can refer to it with confidence. If you’re looking to integrate with a third-party API and its API is either poorly documented — or worse, not documented — I strongly suggest choosing an alternative vendor.

Those are five ways that help ensure reliable communication when integrating against third-party APIs. I hope they help make the process simpler, more reliable, and more efficient.